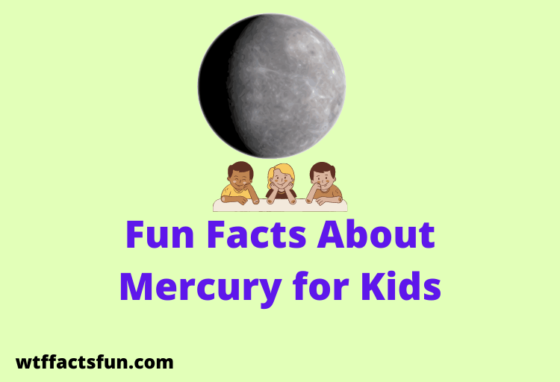 Fun Facts About Mercury for Kids

1. Mercury is the smallest planet in our solar system. Its diameter is 4880 km.

2. One year of Mercury is equal to 88 days of Earth. This means that it orbits the Sun in 88 days. It is much faster than other planets.

4. The planet Mercury is shrinking because its iron core is cooling.

7. Mercury is the closest to the Sun but it is not the hottest planet because the atmosphere of Mercury is very weak and cannot hold this temperature.

8. The Mercury planet has very low gravity so it has no moon.

9. Millions of years ago, an asteroid hit the planet, Mercury. This led to a huge crater on the surface of the planet Mercury. This is called the Caloris basin. This crater is 1545 kilometres large.

10. Mercury is the closest planet to the Sun so its rise and fall occur within 2 hours from the Sun.

Friends, we hope that the kids will surely like the interesting facts related to the planet Mercury. You can give your opinion in a comment below.

21 Fun Facts About Ducks For Preschoolers