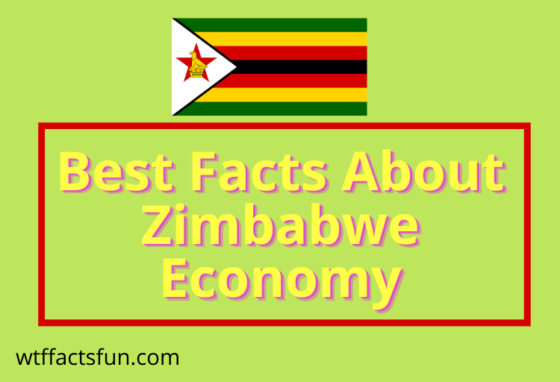 Facts About Zimbabwe Economy: Friends, today we will tell you some unique facts about Zimbabwe. You will be shocked after knowing these facts because you have never read or heard about them before today. Zimbabwe is a very developing country today but there was a time when it was counted among the rich countries of the African continent.

1. Zimbabwe is the only country in the world where there is also a trillion-dollar note.

2. A few years ago, when the value of Zimbabwe’s currency was completely reduced. At that time bag of salt was purchased with a bag full of money.

3. The main reason for the fall of Zimbabwe’s currency was because the government of Zimbabwe had printed many notes and distributed them to the public.

4. Due to poverty and disease, the average life expectancy of people in Zimbabwe is 57 years.

5. Zimbabweans consider fat people as a symbol of wealth because they think they have enough money to eat meat every day.

6. When the value of Zimbabwe’s currency went down after that another currency was also declared the official currency of Zimbabwe. At present, a total of 8 currencies have been recognized in the country.

7. Zimbabwe has the most 16 official languages in the world.

8. Zimbabwe’s Kariba lake is the largest man-made lake in the world.

9. Zimbabwe’s economy is dependent on manufacturing, mining, and farming.

10. The world’s largest waterfall Victoria Fall is in Zimbabwe. The sound of its water falling can be heard even from 40 km away.

12. Despite the extreme poverty, the people of Zimbabwe are the most literate in the African continent.

13. 70% of Zimbabweans live below the poverty line, the rest fall into the middle class.

14. Many people in Zimbabwe are suffering from AIDS, Cancer, Cholera, and Malaria.

15. Due to poverty, there is a dearth of health services in Zimbabwe. Due to this people treat themselves with witchcraft.

We hope that you must have liked the facts mentioned above by us about the Zimbabwe economy. Despite all these difficulties, the people of Zimbabwe are very lively and meet others with a smile.