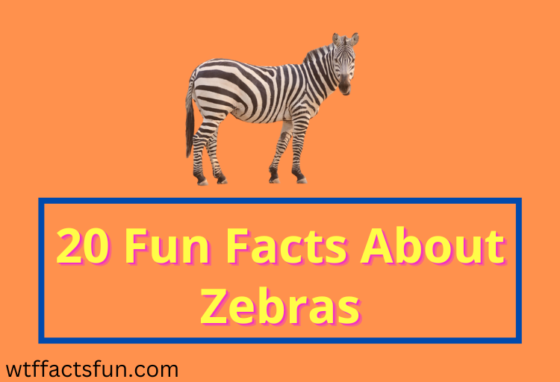 1. Zebra are not domesticable

A zebra and a horse look alike, but there are differences between zebras and horses. While horses and donkeys have been successfully domesticated, zebras remain predominantly wild and have not been successfully domesticated. Attempts have been made to domesticate zebras, just like horses, but there has not been recorded success. Some reasons have been advanced why zebras cannot be domesticated. One such reason is that the zebra found itself in an environment where there are many predators such as lions, hyenas, and cheetahs. And to survive in such an environment, it has evolved into a particular alert response that makes it flee in the face of danger. It also possesses a powerful response if captured. They can kick and bite their predators and humans. They possess a “ducking” reflex that enables them to avoid being caught. All these tell us that the zebra is not human-friendly and, as a wild animal, does not fall into the criteria for domestication.

Zebras have historically lived exclusively in Africa. Different species and subspecies of zebra have different ranges of habitat across Africa. Every one of the zebra species has a restricted range outside of their historic habitat. South-eastern Africa has a wide variety of zebras. They spread from southern Sudan to South Africa. Mountain zebras are located in small areas of southwest Africa, while Grevy’s zebras dwell in the grasslands of Ethiopia and northern Kenya. Zebras prefer living in savannah woodlands and grasslands without trees. They do not thrive in deserts, wetlands, or rainforests. The mountain zebras, as their name shows, are mostly found on rocks and arid mountain slopes. Grévy’s zebras live in semi-arid grasslands, while Plains zebras are mostly found in scrubby woodlands and grasslands. It’s interesting to note that the habitats of all species of zebras are declining, which is leading to the decline of zebra populations.

Like many other large African herbivores, the zebra constantly travels long distances in search of water and food. In East Africa, zebras are part of the “Great Migration”. The great migration is an annual occurrence where millions of wildebeest, including zebras and antelopes, travel on a 500-mile-long circuit in Kenya and Tanzania across the Maasai Mara, Serengeti, and Ngorongoro Crater. In Southern Africa, zebras have been found travelling an even further 300 miles in a straight line across Botswana and Namibia. Although this is shorter than the overall Great Migration circuit, it is longer in a single direction, making it the longest migration among all African mammals.

4. They are formidable climbers

Mountain zebras live in bumpy and stony terrain at high altitudes. They can easily live in a rugged habitat. This is made possible because of their hard, pointed hooves, which enable them to climb mountains. Mountain zebras use their impressive climbing potential. They make their homes at heights of over 6,500 feet. They use their instincts to navigate between mountains in search of food and water. Plains zebras can even traverse a wide range of diverse habitats as high as 14,000 feet, from mountains to the plains of the Serengeti. But Grévy’s zebras tend to stay at altitudes below 2,000 feet near the grassland habitats.

5. Groups of Zebras are called a ‘Dazzle’

Because of the presence of striped coats on the skin of a particular group of zebras, they are known as “dazzle”. This name also points out a unique phenomenon known as “motion dazzle,” which is a visual illusion that often seems to occur when groups of zebra move quickly together. Researchers have noticed that motion dazzle is a great source of benefit for zebras. This is because the presence of stripes and moving zebras confuses the visual field of other mammals and predators, thereby increasing the chances of escape for zebras. Horseflies also avoid zebras because of their high contrast patterns, which is a result of the presence of the black and white stripes. This makes zebras a less attractive target for insects.

6. A Zebra’s coat is a giant bar code—and we can scan it

Every human being has a unique fingerprint. In the same manner, each zebra has a unique pattern of stripes. These stripes have been used by scientists to identify individual zebras in a herd and keep track of them over time in the same manner as bar codes are used for identification. Special software is available that can identify individual zebras by “reading” their stripes like bar codes, through scanning their images. Not only this but also editing any changes in posture and weight.

8. They can be cross-bred with other equines to give birth to Zorses, Zonies, Zedonks, and more

One of the distinctive features of zebras is that they can breed with other members of the horse family, thereby bringing up offspring that are not only sterile but also have an amazing variety of semi-striped patterns. The offspring of zebra mares and horse stallions are known as Zorses, whereas the products of donkey mares and zebra stallions are known as Zedonks. Zonies are the offspring of zebras and ponies.

Zebras can convey their message through various vocal expressions, including baulking and sniffing, or through the position of their ears and tails. They can turn their ears in almost any direction and use this ability to communicate their mood. For instance, they stand erect when feeling friendly and calm, whereas they move back when they are angry. All kinds of weird sounds are made by zebras. For example, Grevy’s zebra’s bray like a donkey, mountain zebras roar like a horse, and plains zebras bark like dogs. They squeal or snort when alarmed and may push air between their lips when they are eating.

11. Zebra stripes can be used as a bug spray or as air conditioning

Scientists have been wondering for decades why zebras have stripes. There are different theories. The earlier one states that the stripes confuse predators, for instance, making it harder for a lion to pick out an individual zebra from a scattering herd. In other states, stripes keep zebras cooler in a way that the dark stripes absorb more sunlight than the light ones, resulting in a swirling of heat away. Scientists have discovered that biting flies avoid striped patterns as they do cold temperatures.

Many subspecies of the three species of zebras have been found in different body shapes, sizes, and stripe patterns, with even colours to some extent. The dark stripes can be brown or black, whereas the white stripes can verge on A few subspecies have shadowy and pale stripes between the larger dark ones. There are all kinds of mutations and variations that exist. There are occasionally zebra spots, and a few are so pale that they are almost entirely white!

14. Zebras are classified into three types

1: PLAINS Zebras. They are the smallest and most abundant of all the wild members of the horse family. They ramble mostly in southeastern Africa. Plains zebras are found in every subspecies with several coat variations. For example, the plains zebras of South Africa have fewer stripes on their legs. The difference may be due to the temperature or populations of those biting flies.

2: GREVY’S ZEBRAS. They are large and presidential. Grevy’s zebras, found in Ethiopia and Kenya, have big round ears and donkey shapes. They can weigh up to 990 lbs. and are the largest wild members of the horse family. GREVYS zebras are named after the President of France. The Emperor of Abyssinia, now Ethiopia, Menelik II, gave it as a gift to French President Jules Grévy back in 1882. This is a reason why their scientific name is Grevy’s zebra.

3: MOUNTAIN ZEBRAS The mountain zebra is one of the three zebra species that live mostly in hilly, rocky places nearby Namibia in South Africa. Their tough, hard, and sharp hooves help them move up mountains and maintain balance in rocky terrain. When these rugged critters cannot grow on a mountain, they do have a peculiar, prominent neck flap called a dewlap.

Known predators of zebras include leopards, lions, cheetahs, and hyenas. According to the University of Michigan whenever danger approaches, the stallion will warn the others through a high-pitched snort. By doing this he will stand on the ground while the rest of the family runs away in a zigzag manner. But if he fights, he will lower his head with his neck extended and teeth exposed, prepared to bite. However, running away is the best approach, but sometimes it is accomplished by a defensive kick. The kick can be powerful and can cause significant injury to a predator.

For pickier grazers such as wildebeest and Thomson’s gazelles, zebras are considered a great blessing, as these striped heroes have special digestive systems that can rapidly process lower-quality fodder. It is thought that plains zebras are the earliest to enter un-grazed grassy areas. They eat harder, older, less nutritious plants that other grazers can’t munch. When the old stuff is emptied, delicate new growth pops up, resulting in other new selective grazers wandering in and consuming the good stuff.

17. Each species has different types of stripes

Zoologists noticed the width and pattern of zebra stripes differed widely from species to species. The Grevy’s zebra has thin vertical stripes covering its whole body, including its ears and mane. It is observed that the striping pattern of the plains zebra changes with respect to location. For instance, they have either black striping or mainly white body colour, or they have dark brown stripes on the whole, whereas mountain zebras have an off-white body or white body colour with black or deep brown body stripes that are closely spaced. They do not have stripes on their abdomens. Narrower stripes are present on their heads than on their rump. Also, within each species, no two zebras have the same stripes.

18. They are social Animals

Zebra are social animals. They live together in large groups called herds. They also graze together on grasses and groom one another. Plains zebra are the most common species of zebra. They live in small family groups called harems. Harems are made up of a male called a stallion, many females, and their offspring. Female zebra have a stronger family bond than their male counterpart. They can happily stay together even when the dominant male leaves the harems or is killed. Plain zebra can live with other types of zebra to form great herds of thousands of individuals. The individual family members always remain close to each other. Zebra fight and defend one another. If a zebra is attacked by other animals, its family will come to its defence. Zebra can travel and graze together with other animals such as antelope and wildebeest.

19. They are always on the lookout for danger

They keep themselves alert for signs of hyenas, leopards, lions, and cheetahs. The herd is always looking for danger. When plains zebras feel a predator, they use a high-pitched sound to alert the herd. Not only this, but at night, at least one member of the group stays awake to keep watch. In mountain zebra populations, the dominant male may also use a snorting sound to warn predators, creating an opportunity for the rest of the herd to escape. When a group of Grévy’s zebras is threatened, they will stand together in harmony.

Zebras can sleep for up to seven hours a day. During the daytime, they sleep standing up. This enables them to escape quickly if predators come their way. However, they lie down to sleep during the night.

Final words: We hope you liked the post with fun facts about zebras for kids. You can share this post with your friends and relatives so they can also know about these facts.