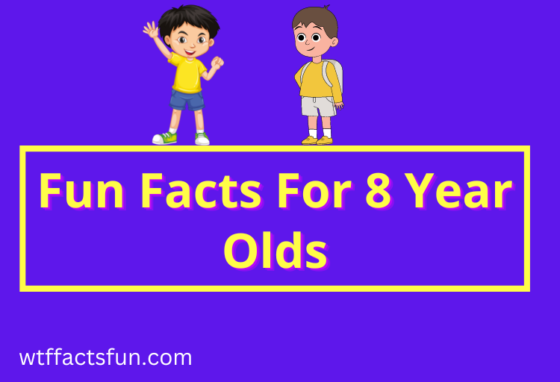 Fun Facts For 8-Year-Olds: In this article, we have come up with interesting fun facts for 8-year-olds. With these facts, children will get to know about Earth, space, animals, the human body, dinosaurs, water, plant, country. Everything that children of this age should know about is present in this article.

Final words: We hope you liked the post, “Fun Facts for 8-Year-Olds.” You can share this post with your friends so they can also learn these interesting facts.