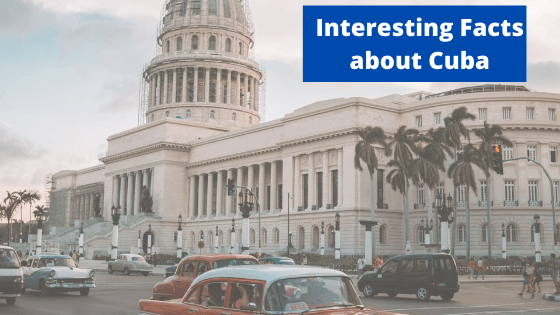 Cuba is a country in the North Caribbean Sea known for its adventures and fun facts. Cuba is the largest island in the Caribbean Islands. As soon as we imagine it, we get the idea of its beach, cigar, and vintage car running here. Cuba has taken many such secrets inside itself. Due to which the visitors come here.

Many visitors visit Havana every year, which is also the capital of Cuba. Spanish is spoken here. The reason for this was that Cuba was to be occupied by the Spanish colony for a long time.

How much money do you need per day in Cuba?

How many cities are there in Cuba?

Cuba has a total of 60 cities with the largest being Havana.

How did Cuba get its name?

Its name was given to Cuba by Spanish colonists.

What is a fun fact about Cuba?

Many people here are hitchhikers to reduce road congestion.

What is Cuba’s history fact?

Cuba gained independence from the United States on 20 May 1902.